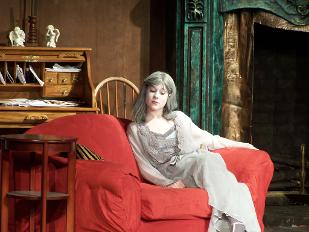 Elvira
Adrienne Ryan, October 2011
View in Modified London format
﻿There is probably not a community theatre in the English-speaking world that has not staged Noel Coward’s Blithe Spirit at some time.  Free Spirits is an unauthorized sequel; a witty, ghostly tale of what happens to Coward’s characters after  the original ends.

﻿Audiences for the premiere production said that the show captured the true “spirit” of Noel Coward.

﻿NOTE: While Coward’s play is still under copyright,
Free Spirits does not share any dialogue or other copyright-able elements and is, therefore, an entirely original work. In case you  were wondering. 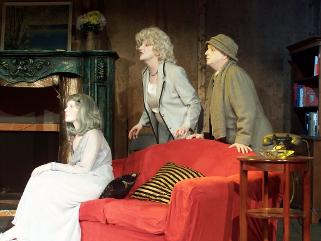 Charles's return precipitates events both natural and supernatural as he, his current wife, his two deceased wives, his real estate agent/medium, her boyfriend and a growing number of spirits from The Other Side all interfere in everyone else's plans. 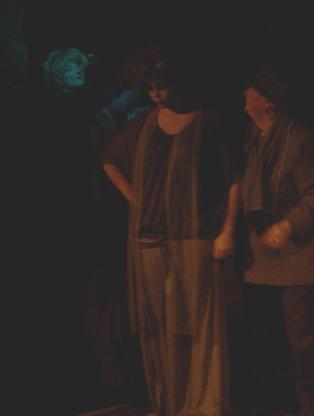 Ghosts at a seance, October 2011
HOME 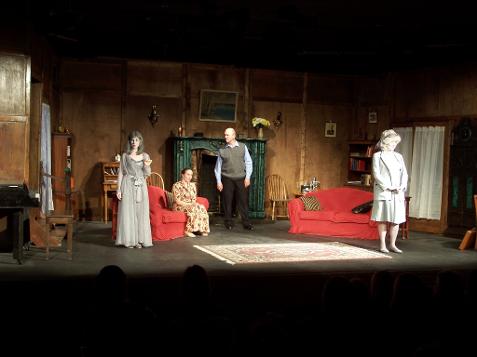 Adrienne Ryan, Nicole Bamber, David Bird, Grace Main, October 2011
The living room of “the old Condomine place” in Kent, England, between Hythe and Folkstone.
The time is late summer, about 1950.

Can be performed in ﻿2 or 3 acts as desired; 1:55 plus intermission(s)
6 women / 2 men / 1 int. set
Several special effects required, none expensive or too technical
Back To Plays
Continue To Next Play