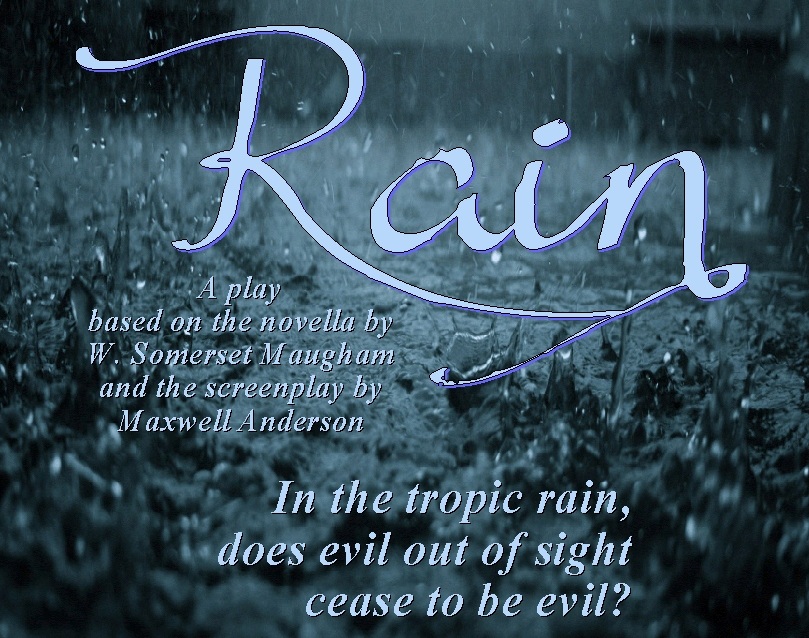 Adapted from the novella by W. Somerset Maugham
and the screenplay by Maxwell Anderson
Production terms 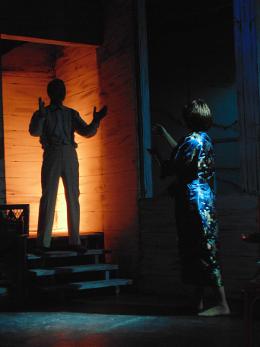 "Our Father, who art in Heaven"  Davidson and Sadie pray.  October 2018
The events of this play actually took place (more or less).
Somerset Maugham was there to witness it
and wrote about it in 1921.
It’s been made into three movies, two TV shows,
at least two stage-plays, one jazz ballet,
and a musical since then.
The building where it happened still exists and is now called
The Sadie Thompson Hotel.
So, why does the story resonate?
It's primal -- it's the basic struggle of
human nature versus human spirit.
Who's right?  Who's wrong? Who wins?
That's for the audience to decide.
View in Modified London format
It is 1930 in Pago-Pago, Samoa.
The rain beats down incessantly.
Thrown together by a health quarantine,
a missionary and a prostitute clash.
Who will win? Who will survive? 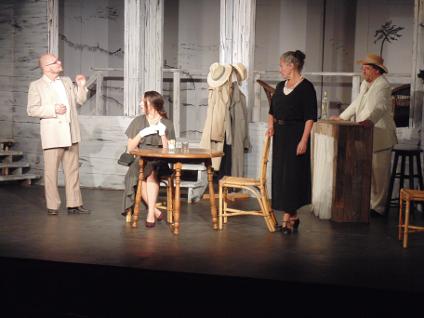 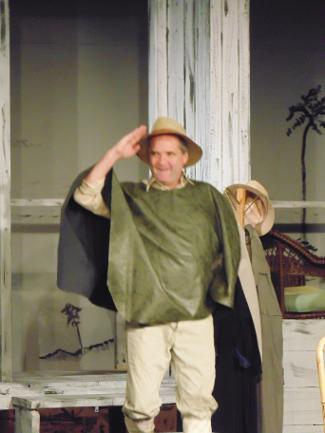 "One of the best scripts you've ever done." S.J. Numogate 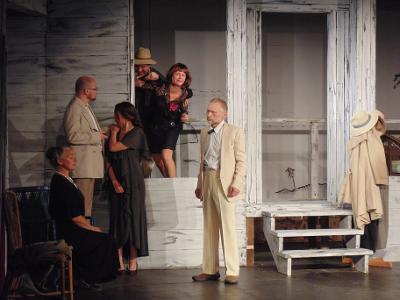 "You call yourself a Christian?" October 2018

SETTING
The village of Pago-Pago on the island of Tutuila, American Samoa; January, 1930

﻿2 acts; 88 minutes plus intermission;
1 interior set
Back To Plays
Continue to next play