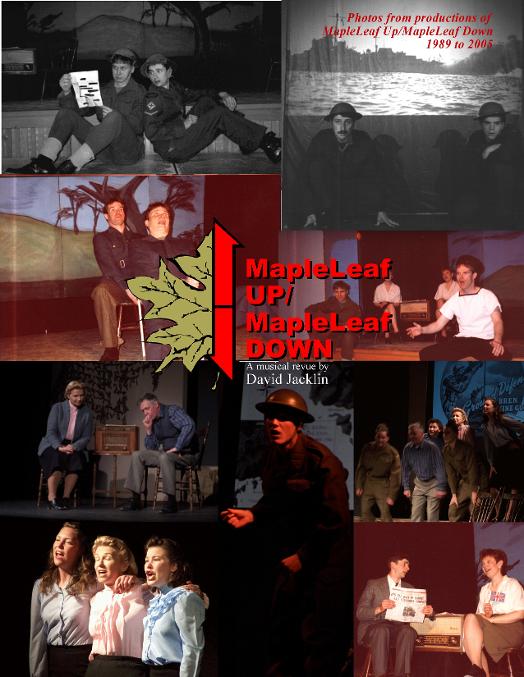 A composite of shots from various productions 1989 to 2005
﻿"Jacklin's  sensitive and moving tribute... strikes a chord...  an ideal way to make an important era...  come alive.   Beautifully written monologues and vignettes... lovely original music gives  the evening a special flavour."  The Ottawa Citizen
View in Modified London format
﻿﻿A tribute to Canada's part in the Second World War. Through vignettes, video and songs, the show looks at the development of a small nation thrust into the forefront of monumental events.

The show is fast-paced; alternately funny,
tuneful and touching, without ever becoming sentimental or maudlin.
It's a great choice for high-school or university level production, as well.  It can involve multiple departments, including Drama, English, History, Music, Visual Arts and more.  It's educational in every aspect -- but also very entertaining theatre.

The songs are the songs of the servicemen (and women) rather than the commercial songs of the day, and they provide a memorable framework for this important
subject. Additional original music adds spice to the mix. The available video background contains more than 200 shots of a young nation at war. 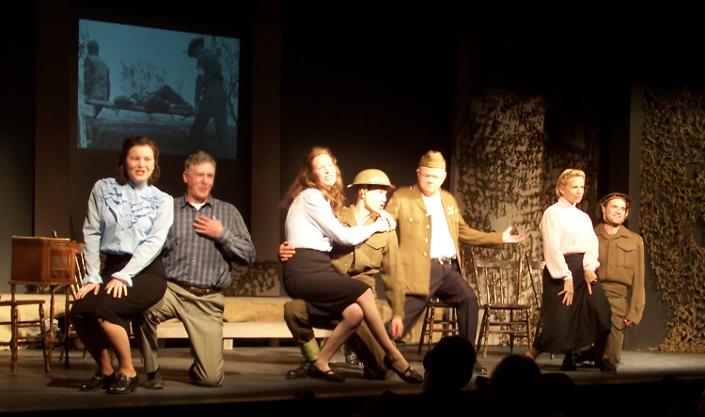 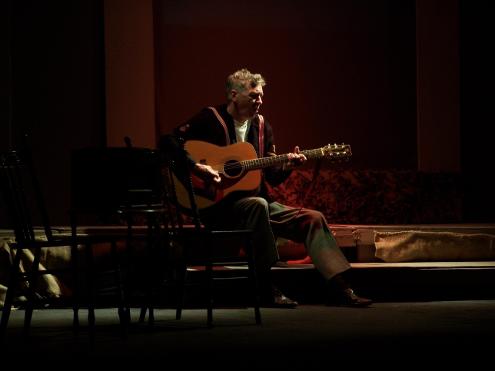 Gary King, himself a former Navy man, sings The Athatbaskan's Finish. 2005
﻿﻿2  acts; approx. 110 minutes plus intermission
Unit set;
Minimum cast:  2 male/ 2 female BUT any greater number of performers may be involved;
Arrangements for 1 piano or 6-piece band available
Video/audio background available on DVD.  If audio from DVD not used, additional underscore numbers are available for band.