Panto Can Be Murder
A backstage, murder-mystery, panto farce -- you know, for Christmas
SEE THE PRODUCTION TERMS HERE 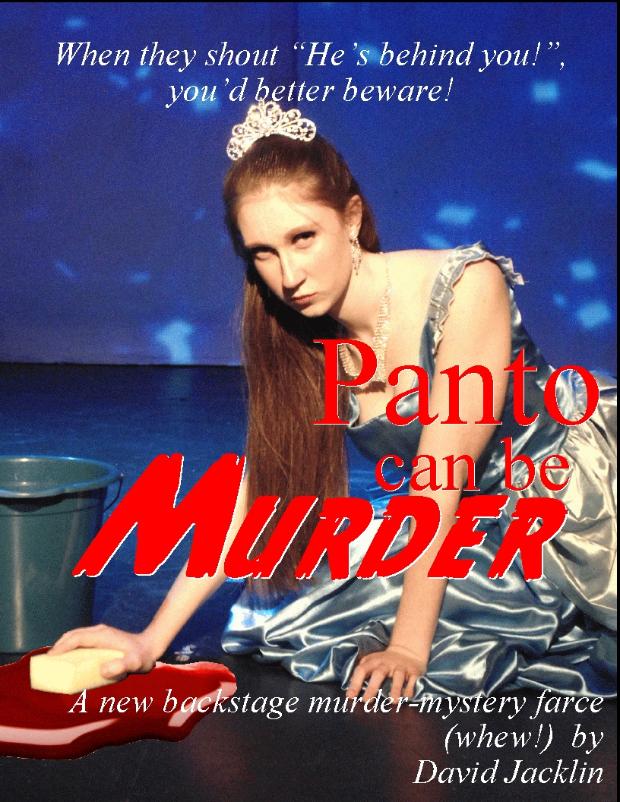 Comments from the premiere of PANTO CAN BE MURDER:
"It's hilarious!"

"So much fun to see the Cinderella characters backward."

"I've avoided panto like the plague -- this was so much fun, I want to see more!"

"This play is brilliant!'

"The two parts (frontstage and backstage) fit together perfectly!"
"It's a hoot! No, it's a hoot and a half!"

NOTE: although shown separately, the Cinderella Panto script below is not available for production separately, unless Panto Can Be Murder is also produced.
However, think of the savings in costumes, sets, props, etc -- not to mention rehearsal time  -- if Cinderella is produced first (say, for Christmas) and Panto Can Be Murder is produced subsequently.  As we have found, it is also hugely helpful for rehearsal when most of the cast already know half of the script! And, Cinderella is bleedin' hilarious!
View the Panto Can Be Murder script in Modified London format
View the Cinderella Panto script in Modified London format

Here's our December 2017 Cinderella in 30 seconds!